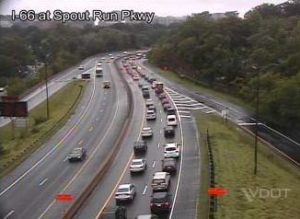 Widening I-66 and Route 50 inside the Beltway are among the options for relieving congestion on the I-66 corridor currently being studied by the Virginia Department of Transportation.

The “I-66 Multimodal Study,” as its called, began in July 2011. Study organizers held public meetings in December 2011, are scheduled to hold additional public meetings in April, and are expected to wrap up in May with a final report.

“This study will identify a range of multimodal and corridor management solutions (operational, transit, bike, pedestrian, and highway) that can be implemented to reduce highway and transit congestion and improve overall mobility within the I-66 corridor, between I-495 and the Theodore Roosevelt Bridge,” VDOT says on its web site.

Currently, I-66 is HOV 2+ in the peak direction during peak hours, with no other restrictions on the reverse peak direction or during off-peak hours. With the exception of the recently “spot improvements,” I-66 consists of two travel lanes in each direction.

Among the theoretical options the study is considering for I-66, as outlined at a recent public meeting:

Additionally, the study is examining the following options for other roads, means of transportation and services: 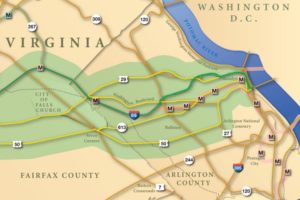 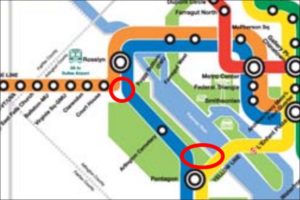