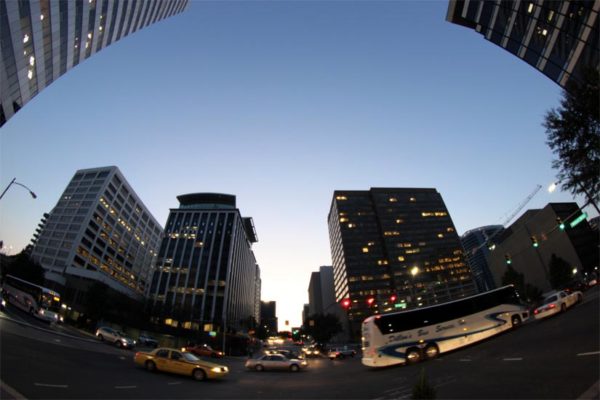 Dust at Courthouse Metro Station — We’ve heard from several readers who were concerned about a high concentration of construction dust at the Courthouse Metro station yesterday. Apparently, the dust was left over from track work over the weekend. Not to fear, says WMATA spokesman Dan Stessel. According to Stessel, the dust was “not harmful.”

McDonnell Reconsidering Abortion Ultrasound Bill? — Gov. Bob McDonnell “is backing off his unconditional support” for a bill that would require women to receive a potentially invasive, medically unnecessary ultrasound before receiving an abortion. The bill drew more than a thousand protesters to Richmond over the weekend, and has attracted national attention. Both Saturday Night Live and The Daily Show have recently taken turns poking fun at it. Lawmakers are said to be working on a compromise version of the bill. [Washington Post]

Lopez Claims Free Clinic Victory — Del. Alfonso Lopez says his budget amendment to restore $1.6 million in funding to Virginia’s free clinics has been approved by the House Appropriations Committee. Gov. Bob McDonnell had called for cuts to free clinics, arguing that the federal health care reform bill will grant health coverage to many of the low income individuals who use the clinics. The cuts would have impacted the local Arlington Free Clinic. [Del. Alfonso Lopez]

Seventeen-Year-Olds to Vote in Board Election? — Civic-minded 17-year-olds will be allowed to vote in the upcoming March 27 County Board special election — provided they turn 18 by this year’s general election date (Nov. 6). [Sun Gazette]