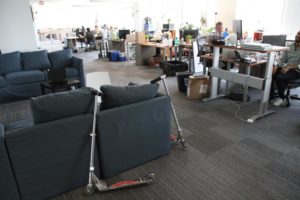 The D.C. digs of LivingSocial may have been voted one of the “World’s Coolest Offices,” but Arlington’s own Opower may be giving them a run for their money.

Opower was founded in Arlington in 2007 by two long-time friends, Dan Yates and Alex Laskey. Since then the company has experienced rapid growth. In 2010, when President Obama paid the offices a well-publicized visit, the company had about 75 employees. Today it has 240 employees, about 200 of which are in the Arlington office. The rest are at branch offices, including offices in San Francisco and London. 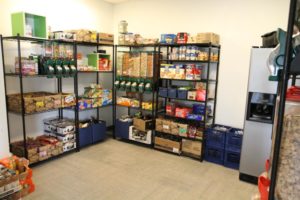 The company has been on a furious hiring spree, and they’re still looking for new employees, especially computer engineers. We’re told Opower has about 50 active job postings right now, and they’re hoping to hire a total of 100 new employees in 2012 alone. The hiring drive is evident in the offices: rows of empty desks can be seen, awaiting new occupants, and posters advertise a chance to win a free Vespa for helping to refer a new hire.

Also evident around the office: the company’s desire for an initial public stock offering. Each employee has a bottle of Champagne at their desk, to be popped open when an IPO is announced. Employees of the fast-growing firm, especially those who were hired early on, stand to gain big should an IPO take place.

Opower’s services reach about 10 million households, according to the company. The services reduce electricity consumption by an average of 2 to 4 percent — a total savings of one terrawatt since the company first launched.

More Stories
Video: Share the Road by Being a PALPershing Drive Shut Down Due to Gas Leak