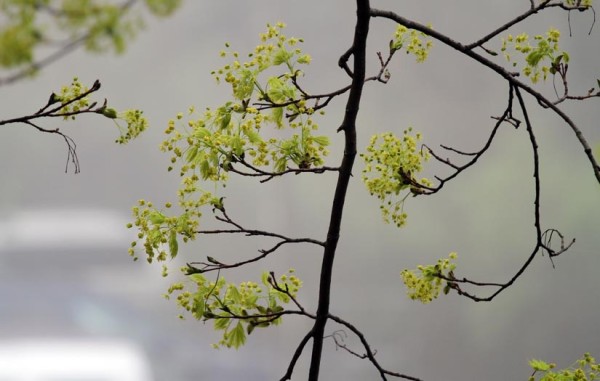 Nonprofits Ask for Funds at Budget Hearing — A public hearing on the county’s proposed tax rate changes is scheduled for 7:00 p.m. tonight. Meanwhile, Tuesday’s budget hearing was largely dominated by the pleas of nonprofits — those that help the homeless, provide affordable housing, work for the rights of immigrants, etc. — for full funding in FY 2013. In one particularly poignant moment, the executive director of the Arlington Street Peoples’ Assistance Network told County Board members that a homeless man who was found dead on Monday was an A-SPAN client and an Arlington native. [Sun Gazette, Patch]

Eventide Creates Cocktail for Cherry Blossom Fest — Eventide Restaurant (3165 Wilson Blvd) has created a specialty cocktail in honor of the Cherry Blossom Festival. Bar manager Tim Irwin even created a video to show budding mixologists how to make his creation — the “Kyoto Cocktail” — which is made with Bison Grass Vodka, Ginger Liqueur, Vanilla Syrup and Fresh Grapefruit Juice. [YouTube]

Lawmakers Ask for Solitary Confinement Probe — Del. Patrick Hope and Sen. Adam Ebbin of Arlington have joined Del. Charniele Herring of Alexandria in writing a letter to the U.S. Department of Justice, asking the federal government to investigate the alleged overuse of solitary confinement in Virginia. The Democratic state lawmakers say solitary confinement is in some cases being used as “a form of psychological torture.” [Washington Post]

New CFO for Artisphere — Artisphere has hired a new Chief Financial Officer. The new CFO will “manage the complexity of financial operations” at the Rosslyn arts venue. [Arlington Mercury]