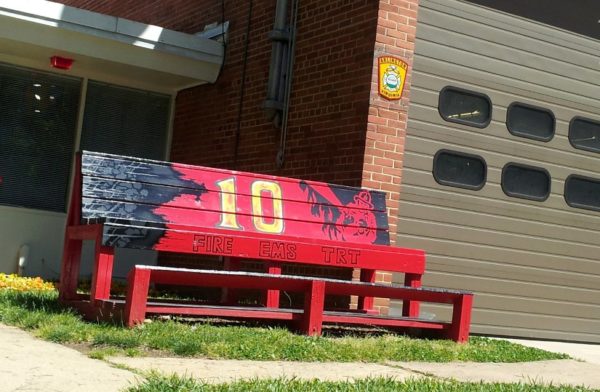 May Day — It’s the first of May and, after a relatively cool April, the weather is finally expected to warm up today. [Capital Weather Gang]

Worries Over Westover Farmers Market Parking — As part of a compromise between the organizers of the new Westover Farmers Market and the Arlington County Board, the market will close at noon (instead of 1:00 p.m., as originally proposed) and will provide attendants to direct patrons to designated parking areas. Still, some businesses and residents are worried that market-goers may cause parking woes in the neighborhood. [Arlington Mercury]

Defense Contractor Relocating to Arlington — DRS Technologies, a military contractor, is relocating its corporate headquarters to Crystal City from New Jersey. The move is expected to bring at least 75 new jobs to Arlington, on top of the 26 employees who already work in an existing DRS office in Crystal City. Gov. Bob McDonnell reportedly initiated talks with DRS about moving to Virginia while attending an air show in England. [Washington Business Journal]

Photos: Children Reading to Dogs — The library has posted some photos from a recent Paws-to-Read session at Westover Branch Library. The Paws-to-Read program, which is now in four Arlington libraries, gives children an opportunity to practice reading aloud to a cuddly, non-judgmental audience. [Arlington Public Library]