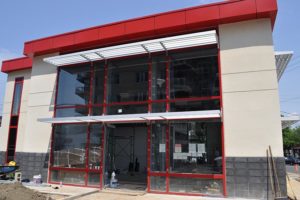 The owners of the growing Z-Burger local burger chain say they plan to open a franchise in Virginia Square this fall, perhaps as soon as September.

In March 2011, Z-Burger co-owner Mohammad Esfahani told ARLnow.com that he hoped to have the location open last summer. But co-owner Peter Tabibian said today the company is now focused on opening its new Columbia Heights location first, in the next few weeks.

Esfahani said construction is ongoing for the 4,000-square-foot space at the corner of Wilson Boulevard and N. Kenmore Street. This will be Z-Burger’s sixth location and first in Virginia.

A BGR: The Burger Joint opened last year in Clarendon, and the location will also face competition from a nearby Five Guys (2300 Wilson Boulevard) and Wiinky’s (3902 Wilson Boulevard), among others.

The two-story red brick building that used to house a video conversion business and a realty company has made way for a new structure. A crew was working on the new building’s interior today (Wednesday). The before and after comparison is below. 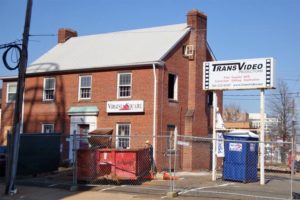 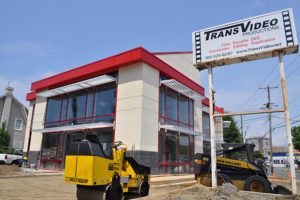