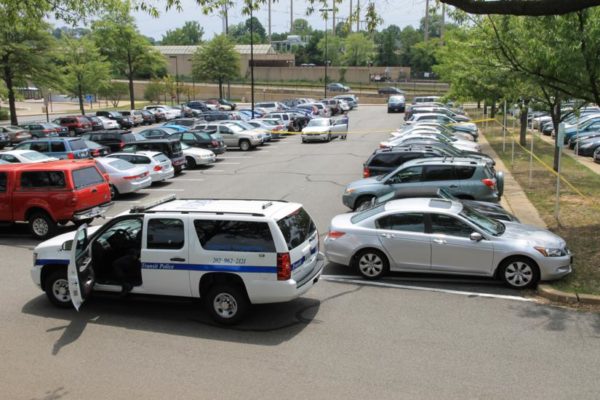 (Updated at 10:00 p.m.) The suspect in a shooting at the Family Research Council in D.C. might have parked at the East Falls Church Metro station, ARLnow.com has learned.

FBI agents and Metro Police officers blocked off part of the parking lot at the East Falls Church Metro station with crime tape this afternoon. When we photographed the scene, investigators were still in the process of obtaining a warrant to search a car in the parking lot that they believe belongs to the shooting suspect, according to FBI Washington Field Office spokeswoman Rebecca Callahan. Later, news footage showed a silver Dodge Neon being searched and photographed.

The shooting happened around 10:45 this morning at the Family Research Council building at 801 G Street NW, in D.C.’s Chinatown neighborhood. A guard was shot in the arm while confronting a gunman in the building’s lobby, according to various news reports. The gunman was arrested, placed in FBI custody, and charged with Assault with a Deadly Weapon.

In a statement, the FBI has identified the suspect as Floyd Lee Corkins II, 28, of Herndon, Va. 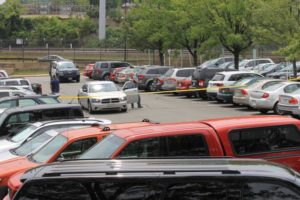 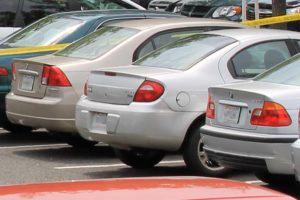