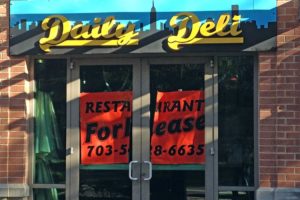 Daily Deli, a restaurant serving “New York Style Sandwiches” in Ballston, has closed after less than a year in business.

The deli, at 1000 N. Randolph Street in the former Upper Crust Cafe space, served Illy coffee and Carnegie Deli-branded meats, but received mixed reviews on Yelp, with customers complaining about the food and the service.

“I had to tell someone three times what was in a Reuben, only to have her slather mayo all over the bread,” wrote one reviewer.

A sign in the window says the restaurant space is now available for lease.