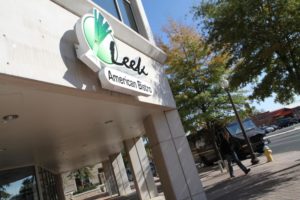 Leek American Bistro has opened its doors in Ballston.

The new restaurant held a ‘soft opening’ for dinner on Saturday and for lunch and happy hour on Monday, but is open for all three — plus late night food — starting today (Tuesday). The new eatery replaces the former Thai Terrace restaurant at 801 N. Quincy Street.

Leek seats about 100 diners and bar-goers inside and will seat about 50 people outside during warm weather months. Chef and co-owner Nathan Spittal says he’s hoping Leek will provide fine dining-caliber food — utilizing local, organic and sustainable ingredients — in a bright, casual and welcoming environment.

“We like to call it tablecloth casual, which basically means you’re going to get fine food, good wine and good drink, but in a casual atmosphere… at a really good price,” he said. 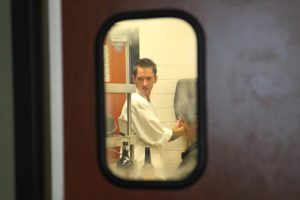 Although the restaurant is dubbed an “American Bistro,” Spittal says it’s more of an American “melting pot,” blending influences from around the world. Among those influences: French, Thai, Latin America, Indian and Middle Eastern.

The name of the restaurant itself, says Spittal, a classically trained chef, refers to the leek, which he described as the foundation of classical French cooking technique and a “very versatile” vegetable that “makes everything taste better.” Leek can be found in some — but not all — dishes on the menu.

Spittal has proven his own versatility by working at both fine dining restaurants and on a short-lived barbecue food truck. Together with business partner Joe D’Jassebi, Spittal is hoping this venture appeals to those with discerning but versatile palates. 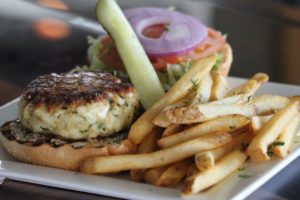 Happy hour will include both food and daily drink specials.

As for the Ballston location, Spittal says he’s excited to be opening in a still-growing area that has city-like foot traffic outside of D.C. proper.

“Arlington is a great neighborhood that has come a long way,” he said. “It’s not a suburb anymore.”

END_OF_DOCUMENT_TOKEN_TO_BE_REPLACED

More Stories
Tree Debris to Be Cleared from Wilson Blvd SidewalkPoll: How Long Did it Take to Vote Today?