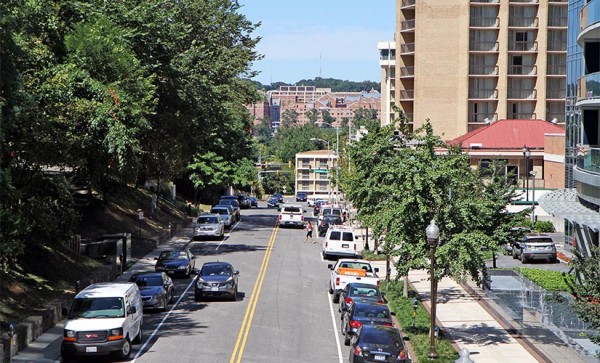 Board Approves Paid Parking at Arlington Mill Center — The Arlington County Board has approved a plan to have drivers pay for parking longer than 4 hours at the new Arlington Mill Community Center. The plan, approved by a vote of 3-2 in a special Board session, is intended to discourage commuters from using the center’s parking garage. Chris Zimmerman and Board Chair Walter Tejada voted against the plan, arguing that parking should be free at all times. [Sun Gazette]

Arlington Seeks Better Bike Map — Arlington County is asking for public input into its effort to design a better bike map of the county. Bike Arlington has created a short survey for local cyclists. The survey will remain open until Sept. 17. [Greater Greater Washington]

Old Bike Shop Profiled — The Old Bike Shop, which opened in January at 2647 N. Pershing Drive in Lyon Park, was recently profiled as part of an Arlington Independent Media student video project. “I sell what I think is good,” said owner Larry Behery, of his bike “recyclery.” [YouTube]