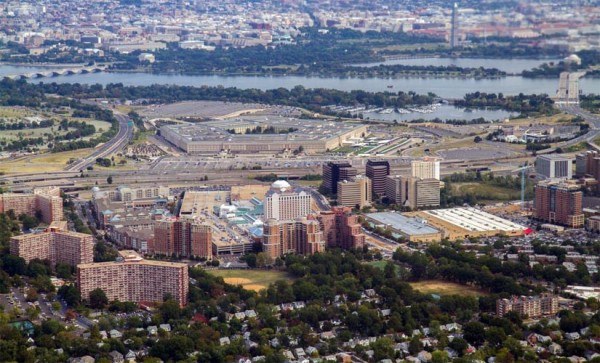 Free Burgers for Feds — Because the federal government shut down early this morning, Z-Burger is following through on its offer to serve free burgers for all federal and D.C. workers who have been furloughed. The local burger chain, which has a location at 3325 Wilson Blvd, near Clarendon, says customers must present a government ID to get the free burger.

Task Force Recommends More School Buses — An Arlington Public Schools task force has recommended that the school system’s bus service be expanded, at least for elementary school students. Elementary students should be supervised on their way to school, said the task force, which also said that buses are safer and produce less traffic than cars. [Sun Gazette]

Arlington Startup Raises $100 Million — Arlington-based Evolent Health has raised a whopping $100 million in its latest funding round. The health management company expects to rapidly hire and develop technology in order to meet heavy demand from the hospital industry, spurred on by the implementation of the Affordable Care Act. [Washington Business Journal]

Crystal City Showing Resilience — Despite heavy military job losses caused by the Base Closure and Realignment Act, Crystal City is starting to bounce back and find new tenants to fill vacant office space. Property owners are also using the tough times to upgrade or redevelop older buildings. The office vacancy rate in Crystal City stands at 24.2 percent, up from 9.8 percent in 2011. [Washington Post]

Vintage Plane Flies Over Arlington — The photo above was taken from a Ford Tri-Motor, the first mass-produced airliner in the world. Built in the 1920s, the plane has been carefully maintained and, on Saturday, flew over Arlington in a flight organized by the Experimental Aircraft Association. [EAA]