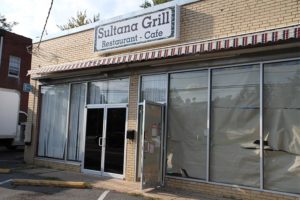 It appears Sultana Grill (5515 Wilson Blvd.) in the Bluemont neighborhood has closed down.

The restaurant had been open for a little more than a year. The restaurant’s phone number seems to be disconnected, based on the automated message ARLnow.com received when attempting to call.

A tipster who reported enjoying the restaurant’s Moroccan food said he asked what happened and restaurant staff reported the business had been hurt by the lack of having an alcohol license.

The tipster also was told that a hookah bar might open in the space.