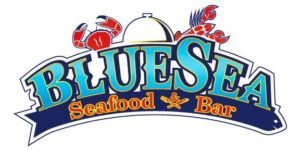 Blue Sea Seafood Restaurant will soon be the newest culinary addition to the Village at Shirlington.

The restaurant is replacing Bear Rock Cafe at 4251 Campbell Avenue, which closed in 2010. Plans materialized to open a vegan restaurant in the space in 2011, but those apparently fell through.

Blue Sea’s general manager tells ARLnow.com that the restaurant is still hiring and is hoping to open in time for Valentine’s Day.