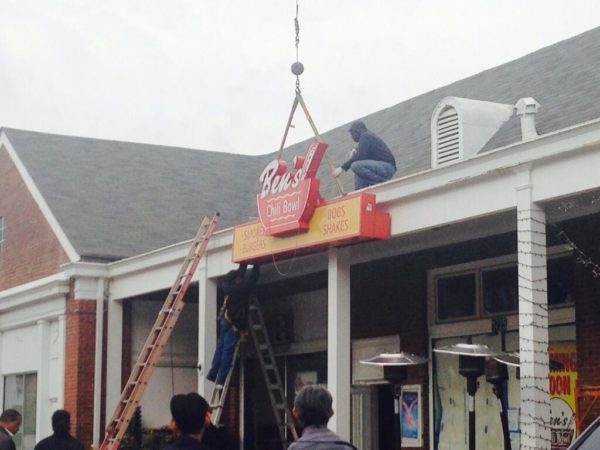 Workers erected a sign at the new Ben’s Chili Bowl in Rosslyn this morning.

The sign, advertising the landmark D.C. eatery’s half-smokes, burgers, hot dogs and milkshakes, is now up at 1725 Wilson Blvd, which was formerly the home of Ray’s Hell Burger. (Ray’s moved to a new location across the street.)

Ben’s owner Nizam Ali was originally hoping to open the location — the first in Virginia — as early as New Year’s Day. Due to construction delays the opening is now expected to take place in about two weeks.

We’re told a grand opening celebration is planned for 10:30 a.m. on Thursday, March 6.