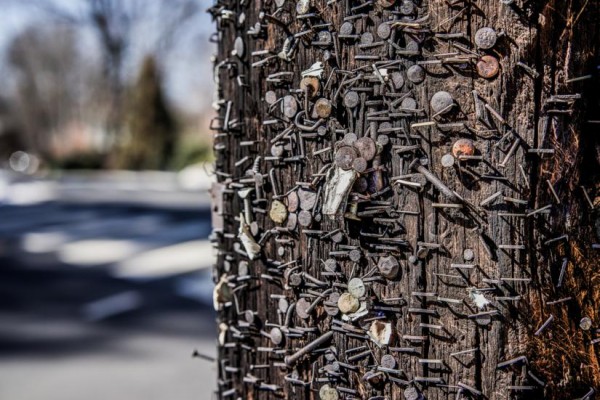 County Board Approves Projects — The Arlington County Board approved a number of projects at its Saturday meeting. Among the projects approved: Arlington’s portion of the $10.3 million Crystal City Potomac Yard Transitway, a new half-million-dollar tot playground at Chestnut Hills Park, and six Neighborhood Conservation Projects in Waverly Hills, Arlington Ridge and elsewhere.

Two Rescued from I-66 Storm Sewer — Two people were rescued Saturday afternoon from a storm sewer on I-66. The confined space rescue tied up traffic on westbound I-66 near Sycamore Street. The individuals were not injured. [Twitter]

Blind ‘Dad’ Mentors Blind Triplets — Born blind and raised by a single mother, the Argel triplets are now 14-years-old and have a new outlook on life thanks to a man who has become like a father to them — so much so that he’s now in the process of formally adopting them. Ollie Cantos, a blind man who lived in the boys’ Arlington neighborhood, has changed the brothers’ lives for the better by helping with their homework, teaching them how to use their canes more effectively and providing moral support during tough times. [NPR]

Advocates Decry Arlington Mill, Langston Changes — Arlington Public Schools Superintendent Patrick Murphy will unveil his proposed FY 2015 budget this week, but before he does supporters of Arlington Mill High School and the Langston High School Continuation Program are speaking out against possible changes. The advocates are concerned that Murphy may merge the two programs or may do away with APS’ policy of providing education to immigrants after the age of 22. [Sun Gazette]

Del. Sickles: ‘I Am a Proud, Gay Man’ — Del. Mark Sickles (D-Fairfax), one of the 11 Democrats vying to replace Rep. Jim Moran (D) in congress, has revealed that he is gay. That makes Sickles the second openly gay member of the Virginia General Assembly. The first was state Sen. Adam Ebbin (D-Alexandria), who is also running for Moran’s seat. [Washington Post, Richmond Times-Dispatch]