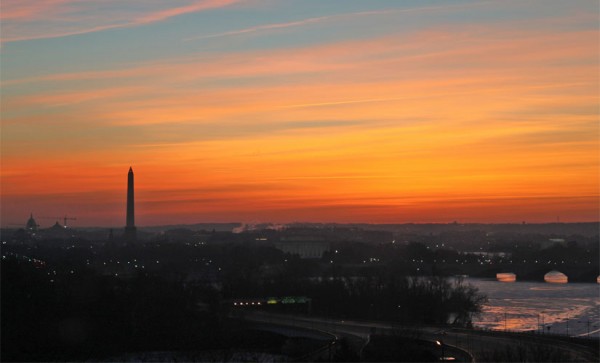 Contract Loss Could Cost 165 Jobs in Arlington — Some 165 Lockheed Martin employees in Arlington are set to lose their jobs after the company lost a contract with the U.S. Army for information technology work. The contract was instead awarded to General Dynamics. [Washington Business Journal]

Construction Contract Awarded for New School — The Arlington School Board voted last week to award a $32.3 million contract for the construction of a new elementary school on the Williamsburg Middle School campus. The school “is anticipated to be the first Net Zero Energy School on the East Coast,” thanks to a large solar array on the roof. With design, contingencies and “soft costs” factored in, the total cost of the school is projected at $43.8 million, down from the original $46.5 million cost estimate. [Arlington Public Schools]

W-L Falls to Yorktown in Shootout — Yorktown high school hockey club defeated Washington-Lee 3-2 in a four-round shootout Saturday night at Kettler Capitals Iceplex in Ballston. It was the last game of the season for both teams.

Big Lines for Car Washes — With spring-like temperatures on Saturday came spring-like lines at local car washes. Motorists lined up to get the salt residue and winter grime washed off their cars. The line for Mr. Wash on N. Glebe Road extended all the way to Route 50 at one point. [Twitter]