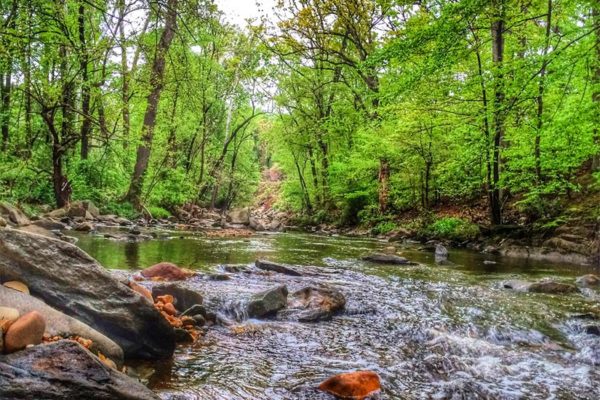 Morroy, O’Leary Join Call for Streetcar Referendum — The two elected officials directly responsible for managing the county’s money, Commissioner of the Revenue Ingrid Morroy and Treasurer Frank O’Leary, have joined Del. Patrick Hope and County Board candidate Alan Howze in support of a referendum on the Columbia Pike streetcar project. (Hope’s fellow congressional candidate, Mark Levine, has also called for a referendum.) “This issue has become too divisive to fester any longer,” Morroy said in a press release. [Blue Virginia]

‘Film Processing Kiosk’ to Be Removed from Zoning — In a sign of the times, “film processing kiosk” is being removed from Arlington County’s zoning classifications. The designation was determined to be “archaic,” a victim of the rapid rise of digital photography. [InsideNova]

Ball-Sellers House Tours — The Arlington Historical Society is giving tours of the historic Ball-Sellers house every Saturday through October. The log cabin was built in 1750 and is Arlington County’s oldest house. [Washington Post]

Follow-up: RaceDots Now Shipping — It’s been a long five months for Jason Berry and his company, RaceDots, since the company was profiled in our “Startup Monday” feature in December. Berry has spent long hours since then arranging for his product’s manufacture and shipment from China to the U.S. As of this week, the RaceDots — strong magnets used to hold race bibs in place instead of safety pins — finally arrived in his Harrisonburg warehouse. “The story behind getting the product here was an absolute struggle but we overcame the hurdles and are officially in business selling product from stock,” Berry told ARLnow.com. Berry tells the story on the company’s blog. [RaceDots]