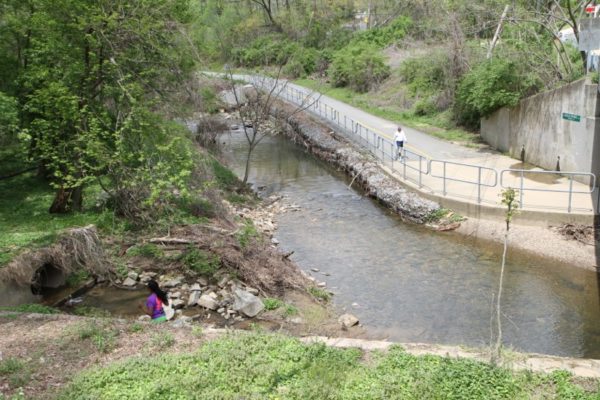 Two Drop Out of Congressional Race — Del. Charniele Herring and entrepreneur Satish Korpe have dropped out of the race to replace the retiring Rep. Jim Moran (D-Va.) in Congress. There are now eight candidates vying for the Democratic nomination in the June 10 primary. [Washington Post]

Bike ‘Fix-It’ Stands Being Installed in Arlington — Arlington County has been installing stations where bicyclists can change a flat tire, add air, or adjust brakes and derailleurs free of charge. The stands have been installed in Clarendon and Ballston and one is coming soon to Pentagon City. [Greater Greater Washington]

School Officials Worry About Debt Ceiling — Arlington’s student body is growing by 700 students per year, but Arlington Public Schools is in danger of hitting its legal debt ceiling as it continues to build more schools and school additions to keep up with rising enrollment. Going forward, at least one School Board member is publicly hoping for more money from the county government. [InsideNova]

GMU Students Make Transportation Recommendations — In an 80 page report, graduate students from George Mason University’s School of Public Policy say that Arlington County should continue investing in transportation in order to “stay ahead of the curve.” Arlington, the students say, should “follow more of the international urban-planning trends rather than just those that are happening in other U.S. cities.” [Mobility Lab]

Fourth Grader Makes Case for Libraries — In a hand-written letter to Arlington library staff, an Arlington Traditional School fourth grader by the name of Lillian said she loves books and libraries. Despite talk of younger generations only being interested in iPads, smartphones and other electronics — instead of old-fashioned print — Lillian says she “can’t even list” all the reasons why she likes Arlington Central Library. [Arlington Public Library]