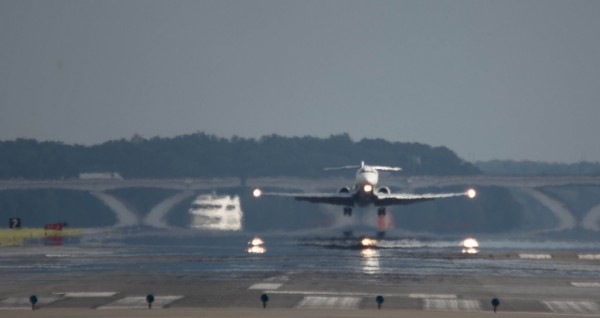 Another Flash Flood Watch — It’s Friday the 13th and Arlington is under another Flash Flood Watch today. The watch is in effect from noon through 10:00 p.m. Forecasters say an approaching cold front will spawn scattered showers and thunderstorms, some of which will be strong and result in very heavy rain. [National Weather Service]

Library to Launch Tool Lending — Arlington residents will soon be able to use their library cards to borrow garden tools from Arlington Central Library. The library is currently looking for volunteers to run and maintain its new “tool library,” which was established after being set as a priority by the county’s Urban Agriculture Task Force last year. [Arlington Public Library]

Va. Lawmakers Pass Budget After Impasse — Republicans in the Virginia Senate passed a budget Thursday night that thwarts an expansion of Medicaid, which had been sought by Democrats. Republicans were able to pass the budget after a Democratic lawmaker resigned and shifted the balance of power in the Senate to the GOP. [Richmond Times-Dispatch]

‘KidicalMass’ Bike Ride Sunday — For Father’s Day, a group of parents and their kids will be taking part in a “KidicalMass” bike ride from Hayes Park to Larry’s Homemade Ice Cream in Clarendon Sunday evening. [Blogspot]

Blues Fest Road Closures — The annual Columbia Pike Blues Festival will be held Saturday and several road closures, including the closure of Walter Reed Drive north of Columbia Pike, are planned as a result. The road closures will be in effect from about 7:30 a.m. to 10:00 p.m. [Arlington County]