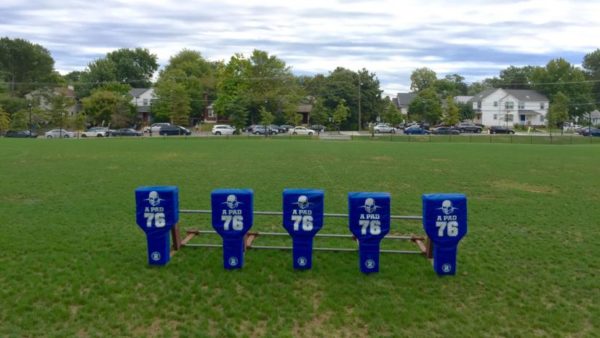 Buses to Use I-66 Shoulder — Buses will be allowed to use the shoulder lane on I-66 inside the Beltway during heavy traffic, starting next month. VDOT is launching the program as a way to relieve some congestion and improve the on-time performance of bus routes that utilize the traffic-choked corridor. [Washington Post]

Parkmobile Now Available in Courthouse, Rosslyn — Arlington County has completed the implementation of the Parkmobile parking payment system for the Courthouse and Rosslyn neighborhoods, ahead of schedule. [Twitter]

KickStarter Launches for ‘Wearable’ Project — A Kickstarter fundraising campaign has started for a local startup company featured on ARLnow.com last month. OnYou is planning to produce a wearable compression sleeve and carbon case for smartphones. Worn primarily during workouts, the product uses powerful magnets to attach the phone and case to the sleeve. The product was designed by a former professional poker player and prototyped here in Arlington. [Kickstarter]