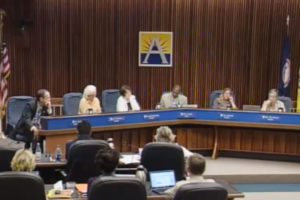 The Arlington School Board voted this month to provide $640,000 to train teachers in student use of school-issued Apple iPads and Macbooks.

The funding was approved after an amendment to stop it failed one to four.

The professional development will help teachers be able to better incorporate digital tools, such as laptops or iPads, in lesson plans. It is part of the Arlington Public Schools’ digital learning initiative, which has the goal of equipping children in second to eighth grades with an iPad and high school students with Macbook Airs.

Vice Chair Emma Violand-Sánchez submitted the amendment to defund the professional development for digital learning. She argued that while technology is important there were other areas recommended by advisory committees that needed the money more, she said during the School Board meeting on June 16. 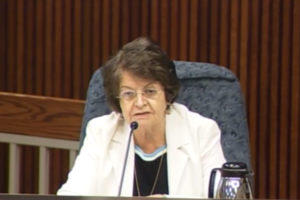 But other board members said that the professional development was key to the success of the already-approved digital learning initiative.

“I fundamentally believe that technology is going to be a key component of any future change for our children, our ability to include all students in a general education setting and to provide the differentiating instruction,” member Nancy Van Doren said.

“I think it is so meaningful. And it affects special education students, it affects [English language learners], it helps accelerate students, and it really, I think, does personalize learning and individualize learning,” Raphael said.

The digital learning also provides low-income children with the opportunity to interact with technology that they would not have otherwise, Chair James Lander said. Low income families often only buy what they need, and laptops and iPads do not always make the list, he said.

“I believe in technology, and I believe this is a way for a school that is majority minority to have an opportunity to get their hands on technology and start to close the digital divide,” he said.

But the program is not without its problems. Members brought up monetary concerns about the costs of the actual devices and the software that each would need as APS increases the number of devices it maintains from 5,000 to 25,000.

Barbara Kanninen also brought up concerns about the lack of planning involved in the rollout of the devices and questioned whether they actually helped to accelerate learning. She attempted to halt the program in the past until budget and educational concerns were addressed.

“I still feel, as I did then, that we need a full evaluation of this program,” she said. “So far we had a work session earlier this year, we’ve heard a lot of anecdotes about successes in our schools system, but we don’t have solid evidence that it’s truly achieving our goals.”

Despite that, Kanninen voted against Violand-Sánchez’s amendment, saying that the training is necessary.

Van Doren said there is also a need to look a security and privacy concerns brought up by parents.

“We must address the parent concerns related to security, privacy and the continuous feedback and improvement related to the devices,” she said. “That is tantamount in allowing parents to be partners in this process.”

Parents need to feel that their children are safe while using these devices, and they need to feel as if they are partners with the school system, she said.

Lander agreed that those areas are important and should be part of the next steps going forward. However, despite the budget, educational and concerns, utilizing technology in school is too important of a priority to stop, he said.

“We can’t hold back the tide of technology,” Lander said. “This is how we do business.”