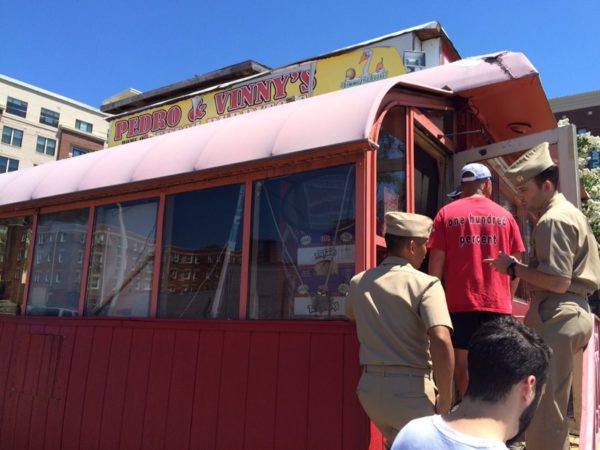 ITT Tech Protest Only Included One Student — A protest outside ITT Tech’s shareholder meeting in Rosslyn earlier this week reportedly included only one person who had actually been a student at the for-profit school. The rest were from advocacy groups and a labor union. [Inside Higher Ed]

New Food Delivery Service Comes to Arlington — DoorDash, an online food delivery business that promises to get food to your door in 45 minutes or less, has launched in Arlington. DoorDash joins similar food delivery services like Seamless and Eat24 in entering the Arlington market. [WUSA 9]

Arlington Teacher Recognized at the White House — Arlington Career Center teacher Thomas O’Day was one of 10 educators nationwide to be honored as a 2015 Career and Technical Education Innovator. O’Day, who has been teaching television production at the career center for 27 years, received his recognition at an event hosted by the White House. [Arlington Public Schools]

New Affordable Housing Video — The group Virginians Organized for Interfaith Community Engagement (VOICE) is producing a series of videos in support of affordable housing efforts in Arlington. The first video profiles Marcos Rubio, a janitor at H-B Woodlawn who currently commutes from the Springfield area. [Vimeo]

House Fire in Alcova Heights — A small house fire broke out on the 3800 block of 6th Street S. in the Alcova Heights neighborhood around 7:00 this morning. The fire was extinguished and no one was hurt. [Twitter]

Fairfax County Approves Seven Corners Plan — The Fairfax County Board of Supervisors this week approved a sweeping redevelopment plan for the Seven Corners area, near Arlington. The plan, which was fought by residents in nearby single family home neighborhoods, calls for several thousand new homes, a revamped street grid and new shops and restaurants. [Washington Post]