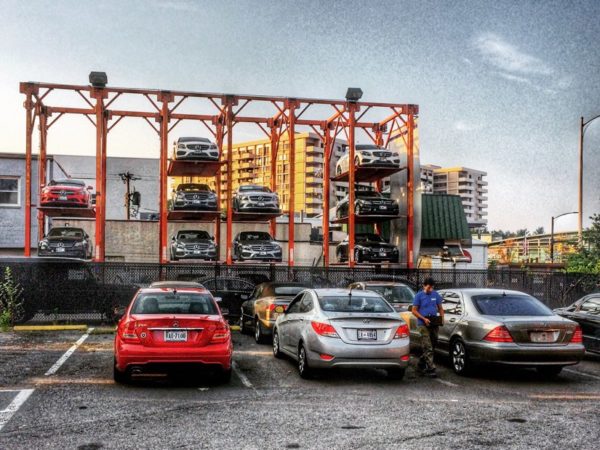 Why Car2Go Can’t Cross the Border — Car2Go car-sharing service is launching in Arlington on Sept. 19, but users won’t be able to drive from Arlington and park in D.C., or vice versa. The District, which also has Car2Go service, is worried about traffic congestion and a loss of parking spaces to Arlington Car2Go users. Arlington officials have also expressed concern about allowing D.C. users park on Arlington streets, but appear more receptive to opening the Car2Go border. [Washington Post]

Arlington Kid’s Letter Read on Tonight Show — As part of a “Kid Letters” segment last night, Tonight Show host Jimmy Fallon read a letter from Caroline, who said she lives in Arlington. Caroline had a joke for Jimmy: “Which planet is God’s favorite planet? Saturn, because he put a ring on it.” Caroline also confessed that she has a crush on Fallon. [NBC]

Nonprofits Moving from D.C. to Crystal City — Property owner Vornado has scored another new lease in Crystal City: the International Foundation for Electoral Systems. Thanks to lower office rental rates, and generous concessions, Vornado has been steadily winning nonprofit tenants and reducing its vacancy rate, which soared due to the loss of military agencies following the 2005 Base Realignment and Closure plan. [Washington Business Journal]