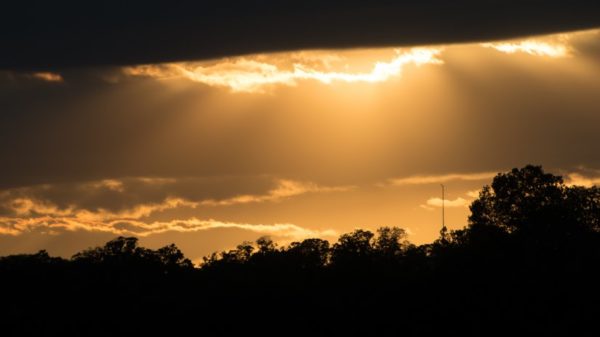 Church Squatter Arrested — A man who has managed to squat in the attic of an Arlington church for three years has been arrested and charged with trespassing. An air conditioning repairman discovered the man and his makeshift living space in the attic of St. Ann’s Catholic Church, near Ballston. [NBC Washington]

New Rosslyn Sushi Restaurant Close to Opening — Rolls By U, a new sushi restaurant at 1731 Wilson Blvd in Rosslyn, is getting set to open next week, after originally hoping to open last month. The restaurant will offer burrito-sized sushi rolls in addition to regular-sized rolls. [Washington City Paper]

Fundraiser for Former Yorktown Football Player — Friends have organized an online fundraising campaign for a former Yorktown High School football player who was injured in an incident that was caught on video. Josh Bunche was attempting a flip while tailgating at a Clemson football game, but he slipped and suffered serious facial injuries. [Patch, GoFundMe]

McMenamin Responds to Sewage Plant Fence — Independent Arlington County Board candidate Mike McMenamin has issued a statement calling the $350,000 public art installation along a fence at the county’s sewage plant “wasteful.” Said McMenamin: “Extravagant projects like this help drive up taxes in Arlington County, making it more costly to own a home or to start a business.”

County Touts Fully Funded Pension — Arlington County’s employee pension fund is now 99 percent funded, thanks to prudent management. While some other communities struggle with underfunded pensions, Arlington has now been able to decrease the percentage of employee compensation going to the pension fund, from 24 percent — about $58 million — last year to 22 percent this year. [Arlington County]