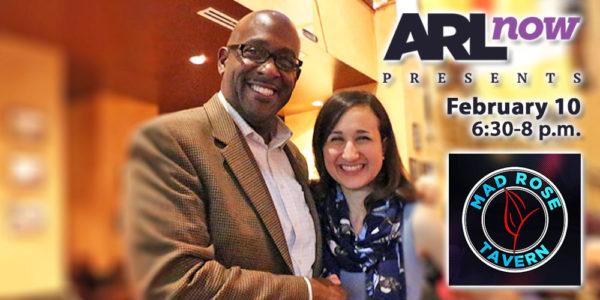 The old guard of the Arlington County Board is out and new leadership is in.

With the election of Katie Cristol and Christian Dorsey in November, the County Board became younger and more geographically diverse. Cristol and Dorsey, who both live along Columbia Pike, bring a fresh perspective to a Board that has been perceived as being most responsive to affluent, north Arlington homeowners.

So what sort of changes do the new Board members hope to bring to Arlington? And what, specifically, do they plan to do to better serve younger and minority Arlington residents?

Join ARLnow.com and host Sarah Fraser as we discuss those and other issues with Cristol and Dorsey at next month’s ARLnow Presents.