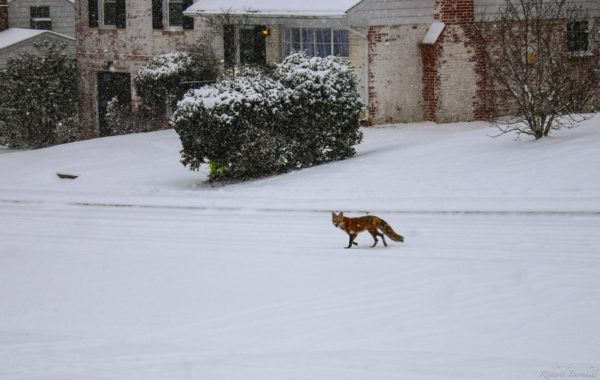 Loverde Issues Statement on Scalia’s Death — Diocese of Arlington Bishop Paul Loverde issued a statement on the passing of U.S. Supreme Court Justice Antonin Scalia over the weekend. Loverde said “we are all deeply saddened” by Scalia’s unexpected death, lauding him as “a man so deeply rooted in his faith, so brilliant in the law and in jurisprudence, so clear and precise in his judicial statements, so wholly committed to his family, so engaging with colleagues and friends, often with great humor.” [Catholic Diocese of Arlington]

D.C. Denies St. Paddy’s Bar Crawls — The annual Shamrock Crawl bar crawl will be coming to Clarendon next month. Arlington police helped keep a lid on crime and rowdiness associated with the bar crawl last year. In the District, however, concerns about bad behavior prompted officials to deny permit applications for the D.C. version of the Shamrock Crawl and another St. Patrick’s Day-themed crawl. [Borderstan]

Garvey on Kojo Show — On Friday, Arlington County Board Chair Libby Garvey was a guest on the Kojo Nnamdi Politics Hour, which is broadcast on WAMU (88.5 FM). Garvey spoke to Nnamdi and NBC 4’s Tom Sherwood about the proposed widening of a portion of eastbound I-66, as well as related topics like Metro and transit. [YouTube]

W-L Shot Put Record Smashed — Washington-Lee High School junior Benedict Draghi has convincingly set a new school record for shot put. At a recent track meet, Draghi recorded a throw of 61 feet and 4.75 inches. The performance was good for first place at the meet and it blew away the school’s 50-year-old previous indoor shot put record by nearly 10 feet. [InsideNova]

Old Guard Offers Horses for Adoption — The Army’s Old Guard, based at Joint Base Myer-Henderson Hall, is offering two caisson horses for adoption. The horses, Quincy and Kennedy, have served in military funerals and ceremonies at Arlington National Cemetery for almost a decade. [WJLA]

Volunteers Remove Wreaths from Cemetery — Despite bone-chilling cold temperatures, on Saturday volunteers picked up tens of thousands of holiday wreaths that were placed on headstones at Arlington National Cemetery in December. The cleanup was postponed from January due to the blizzard. [WUSA 9]