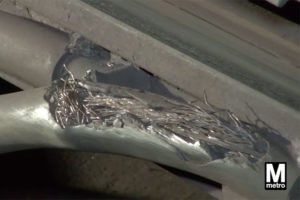 In an unprecedented step, WMATA General Manager Paul Wiedefeld shut down the entire Metrorail system on a weekday for emergency inspections.

Those inspections found more than two dozen damaged power cables along the tracks, the kind which caused a deadly fire and smoke incident in a tunnel outside of the L’Enfant Metro station last year.

With the damaged cables repaired, Metrorail service resumed this morning. Do you think the disruption to hundreds of thousands of people’s daily commutes was worth it?