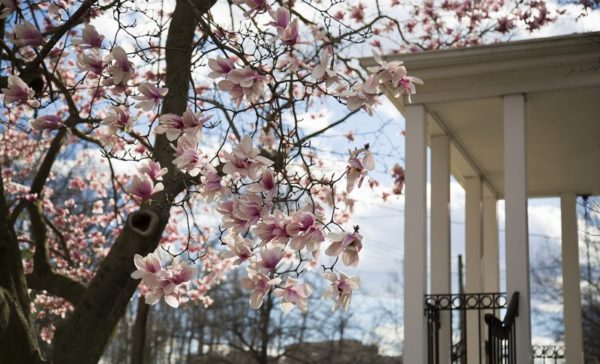 Water Main Repairs to Close Road — Arlington Ridge Road is scheduled be closed in both directions at 23rd Street S. from 9 a.m.-4 p.m. today for water main repairs. Detours will be in place, but drivers should consider alternate routes, Arlington County says.

Airport Strike is Back on Starting Tonight — A strike by contract service workers at Reagan National and other major U.S. airports is back on, starting tonight. The strike was initially planned for last week but was postponed due to the Brussels terror attacks. [Washington Post]

Arson Suspect Due in Arlington Court — A Reston man suspected of a home invasion and arson in Fairfax County is scheduled to be in an Arlington courtroom tomorrow. Antwan Green is also facing multiple charges stemming from crashing a stolen vehicle in Arlington on Dec. 10 and carrying a concealed weapon without a permit. [Reston Now]

Fundraiser for Accessible Community Garden — Arlington County is trying to raise $10,000 from donors in order to build four “vertical gardens” that are accessible to those with disabilities or mobility issues. Currently, none of the county’s community gardens are accessible. The vertical gardens would be built at the Glebe & Lang Street Community Garden, along S. Glebe Road. The county is hoping to complete fundraising and construction by the end of June. [Fund Your Park]

Arlington Startup Acquired — Arlington-based startup Encore Alert has been acquired by Meltwater, a San Francisco-based brand analytics and consulting firm. As a result of the acquisition, the Encore Alert team has moved to the Bay Area. [DC Inno]

Co-Working Growing Quickly — Co-working providers are growing quickly and are expected by some analysts “to absolutely explode over the next five years.” Two of the top players are WeWork, which just opened a new office in Crystal City, and MakeOffices, which is opening a new flagship co-working space in Clarendon within the next few months. MakeOffices is based in Rosslyn, after being founded as UberOffices in 2012. [Bisnow]