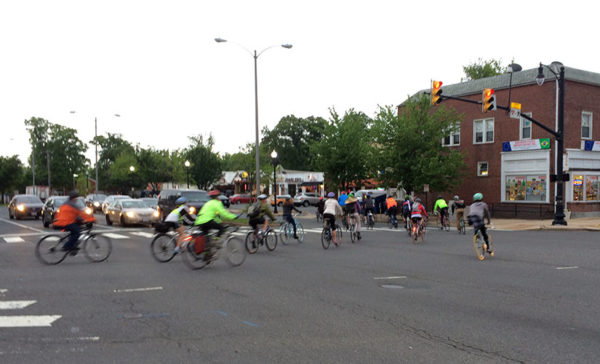 McAuliffe to Sign Bills at Wakefield HS — Virginia Gov. Terry McAuliffe will sign two pieces of school-related legislation during a visit to Wakefield High School Thursday morning. McAuliffe will sign SB 336/HB 895, which updates and modernizes high school graduation requirements, and SB 573/HB 279, which makes it easier for those in Career and Technical Education fields to become adjunct teachers.

Clement Calls for More Paving — Perennial candidate Audrey Clement, who is running as an independent for County Board, is calling for Arlington County to accelerate its street paving. “There are way too many potholes and cracked and broken pavements for Arlington residents to drive or walk safely to work, school, or shopping centers — let alone to bike,” Clement said. [Audrey Clement]

County Regroups After Crowdfunding Fail — Arlington County tried to raise $10,000 in donations to make the Glebe and Lang Street Community Garden accessible to those with disabilities. After raising only $465, the county is looking for matching funds in its budget to build a scaled-down version of its original plan. [Washington Post]

Basketball Star Selling Lyon Park Home — Trajan Langdon, who recently was named Assistant General Manager of the Brooklyn Nets, is selling his Lyon Park home for $2 million. Langdon was a first round draft pick who struggled in the NBA but went on to stardom in the Euroleague. The home includes a soda machine and a giant walk-in shoe closet. [Real House Life of Arlington]

Proposed CIP Doesn’t Include New High School — Arlington Public Schools Superintendent Dr. Patrick Murphy’s proposed Capital Improvement Plan includes additions to Arlington’s three comprehensive high schools, which will add 800 seats, but does not include a plan for a new high school. Even with the additions, Arlington’s public high schools are expected to be overcapacity by the early 2020s. [InsideNova]