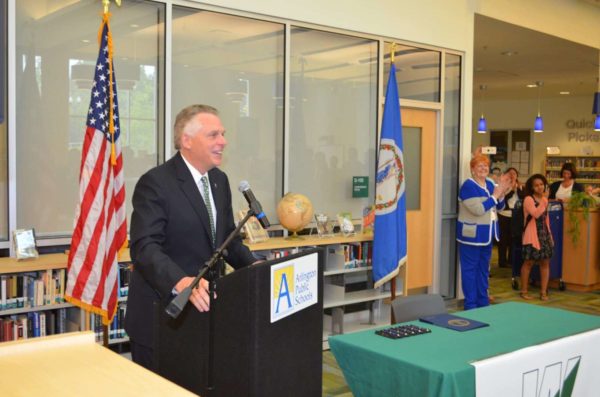 More Metro Issues This Morning — A signal problem near the King Street Metro station has led to significant delays on the Blue and Yellow lines this morning. [Twitter, Twitter]

Reagan Airport Bridge Closed This Weekend — Starting at 11 p.m. tonight, through early Monday morning, drivers heading to Reagan National Airport will not be able to access it via the Route 233 bridge over Jefferson Davis Highway. Ongoing construction prompted the planned closure. [Patch]

Reminder: Chamber Hosts Candidate Forum Monday — The Arlington Chamber of Commerce is hosting a County Board candidate forum this coming Monday. The forum, featuring a discussion of topics important to the Arlington business community, is taking place from 6-8 p.m. at the Rosslyn Hyatt (1325 Wilson Boulevard). Democrats Libby Garvey and Erik Gutshall, and independent Audrey Clement, are set to participate in the forum, which will be moderated by ARLnow.com editor Scott Brodbeck. Tickets are $10. [Arlington Chamber of Commerce]