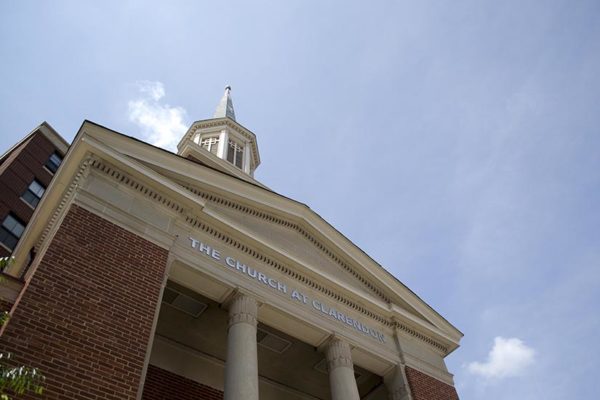 County Board Debate Preaches to Choir — Arlington County Board candidates Libby Garvey and Erik Gutshall participated in a debate Sunday night. Reported the Washington Post: “Nearly all the 50 people in the Campbell Elementary School audience Sunday night were campaign workers or committed supporters for each candidate.” In a new line of attack, Gutshall criticized Garvey for a $250 donation from a real estate developer she accepted in 2011. [Washington Post, Blue Virginia]

Campaign Criticism Prompts Reactions — Supporters of County Board candidate Erik Gutshall have penned a joint statement defending some of his attacks on Libby Garvey as substantive policy issues. However, there appears to be something of a backlash to two of Gutshall’s campaign mailers — at least among those who write letters to the Sun Gazette. County Board member Christian Dorsey, meanwhile, has published a statement on what he says is a “mischaracterization” of Garvey’s (and thus, the Board’s) record. [Blue Virginia, InsideNova, Facebook]

Elementary School’s Satellite Located — Two students from Morehead State University have located the “Cubesat” satellite created by students at St. Thomas More Elementary School in Arlington. The satellite was launched into orbit from the International Space Station but, for a few weeks, nobody was able to make contact with it. [Daily Independent]

Update on Rescued Baby Ducks — The six ducklings rescued from an Arlington storm drain are doing well and are undergoing rehabilitation, with the goal of being released back into the wild in a couple of months. [Washington Post]

Clarendon Co-Working Space Filling Up Fast — The new 40,000 square foot MakeOffices co-working space in Clarendon is more than half full already and is expected to be sold out by early July. The location, just across from the Clarendon Metro station, is the Arlington-based company’s tenth, but has been deemed its new flagship location. [Bisnow]

Nauck Profiled in WaPo — The Washington Post real estate section has profiled Arlington’s Nauck neighborhood, noting that “affordability is a major selling point in Nauck, where about half of current listings are priced under $500,000.” [Washington Post]

END_OF_DOCUMENT_TOKEN_TO_BE_REPLACED

More Stories
Morning Poll: How Was Your Commute on the First Weekday of SafeTrack?Startup Accelerator Eastern Foundry Expanding to Rosslyn