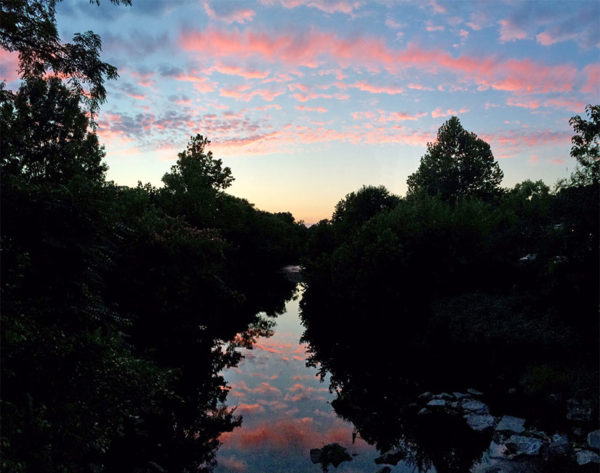 County Looking at Fire Station Alternatives — The Arlington County Board on Saturday approved an agreement with Arlington Public Schools that would allow it to build a temporary fire station on the grounds of the new H-B Woodlawn school in Rosslyn. However, in response to parent concerns the Board directed county staff to look into potential alternative locations. [InsideNova, Arlington County]

Couple: Snow Melter Fumes Contaminated Our House — A couple who lives near Bluemont Park says diesel fumes from a snow melter that the county was using about 40 yards from their home this past winter has contaminated the home. The county paid for the couple to live in a hotel while the snow melter was running, in the wake of January’s blizzard. Now the couple wants the county to pay for a thorough cleaning of the home. [Washington Post]

Henry Gate to Reopen — The Henry Gate along Route 50 at Joint Base Myer-Henderson Hall will reopen to military bicyclists and pedestrians on Aug. 1. Among other expected benefits, the gate is expected to serve military users of Uber and Lyft; the ride hailing services are not available on the base. [Mobility Lab]

Police Escort Ducklings Across Road — An ACPD officers and a couple of “alert citizens” helped a mother duck and her ducklings cross N. Stafford Street on Friday. [Twitter]

More on Clarendon Drug Bust — One of the regular meetups for the alleged Clarendon drug ring was Whitlow’s on Wilson, where two of the suspects worked. “It was shocking, disappointing and frustrating to hear that any of this activity took place around our business and the neighborhood,” said Whitlow’s manager Jon Williams, noting that most other Clarendon bars were also named as areas of drug activity. [NBC Washington]

Board Approves Changes to Ballston Building — Originally proposed as an office building, the last building in the Founder’s Square project in Ballston will instead be built as a mixed use building, with a mix of retail, office and apartments. [Arlington County]