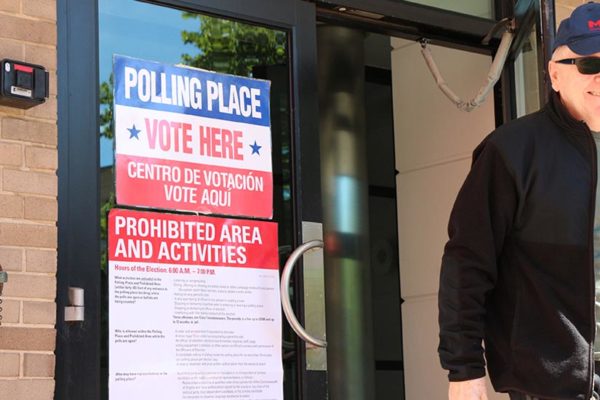 As part of its latest Capital Improvement Plan, the Arlington County Board last night approved a new slate of bond referenda that will appear on the ballot this fall.

The county has proposed four bonds for voters to consider. In total the bonds add up to some $315.8 million.

In a board report, county staff detailed the planned use of funds for each bond.

This proposal will fund a variety of transportation, road, pedestrian enhancement and transit projects across the County. The largest components of this proposal are $30 million for Arlington County’s share of WMATA / Metro’s capital improvement program, and $24 million to fund a portion of the costs for paving local streets and roadways. Proceeds of this proposal will also fund bridge renovation, street lights, transportation systems & traffic signals, as well as the WALKArlington, BikeArlington, Safe Routes to Schools, and Curb & Gutter Missing Links programs. The County Board may reallocate bond funds among the various projects to the extent necessary or desirable.

This proposal will fund various parks improvements and enhancements, as well as $3 million for the Land Acquisition and Open Space Program for strategic park acquisitions. This proposal would also fund the Trail Modernization program, design and planning at Jennie Dean Park and construction at Tyrol Hills Park, and maintenance capital improvements such as playground, courts and other parks infrastructure improvements. The County Board may reallocate bond funds among the various projects to the extent necessary or desirable.

This proposal will fund a variety of County infrastructure projects. The largest component of this proposal is $46.46 million for the Lubber Run Community Center project. Also included is $12 million of funding for Neighborhood Conservation projects, as well as funding for the Nauck Town Square, planning & design of the Fire Station 8 replacement, renovations & improvements to government facilities in the Court House Complex, renovation of the Barcroft Sports & Fitness Center for additional gymnastics, and a County childcare facility. The Neighborhood Conservation Program provides funding for a variety of neighborhood-identified capital improvement projects including street improvements (sidewalk, curb and gutter, drainage, paving), traffic management and pedestrian enhancements, park improvements, street lighting, recreational facilities, landscaping, and beautification.

It also includes funding of a joint County & Schools parking deck and other improvements at the Thomas Jefferson middle school site due to the construction of a new elementary school, critical systems infrastructure upgrades to 24×7 hour facilities; and facilities maintenance capital improvements, including design and construction of projects including but not limited to roofs, electrical and heating / cooling systems and other facilities infrastructure. The County Board may reallocate bond funds among the various projects to the extent necessary or desirable.

This proposal will make funds available for the Arlington Public Schools’ capital improvement program. The proposed bonds will fund the following projects:

The School Board may reallocate bond funds among the various projects to the extent necessary or desirable.

The Board also approved its $3.3 billion 2017-2026 Capital Improvement Plan Tuesday night. A county press release on the plan, after the jump.

“This plan provides funding to address the challenges posed by the fact that our community is growing,” said County Board Chair Libby Garvey. “We will make strategic investments in our schools, transportation, land acquisition and technology. That means APS will have the resources it needs to build new schools and expand existing ones. We will improve bus service across the County, and build a premium bus service connecting Columbia Pike and the Pentagon City-Crystal City corridor. At the same time, we will invest more in land acquisition, improve customer service by investing in technology and fund the replacement of the aging Lubber Run community Center.”

The Board voted 5-0 to adopt the CIP and to approve additional guidance to the County Manager.

Strategic investments over the next 10 years:

The Capital Improvement Plan is within the financial and debt management policies adopted by the Board, which are important to ensuring maintenance of Arlington’s triple-AAA bond ratings.

A total of $315.775 million in bonds will be put before voters, in four separate questions. The referenda will be held during the general election on Tuesday, Nov. 8, 2016.The County Manager released the Proposed CIP in May 2016 after a public process that included three public forums and more than 430 online comments. Since then, staff provided briefings and answered questions for commissions and committees, and made presentations during five County Board work sessions.The Proposed CIP was posted on the CIP webpage, and the County Board held a public hearing on June 22. The staff report and County Board actions at the July 19 meeting can be found on the County website. Scroll down to Item #57 on the Agenda for the Tuesday, July 19 Recessed Meeting. To read the 2016 bond referenda resolutions and questions, scroll down to Item #58.