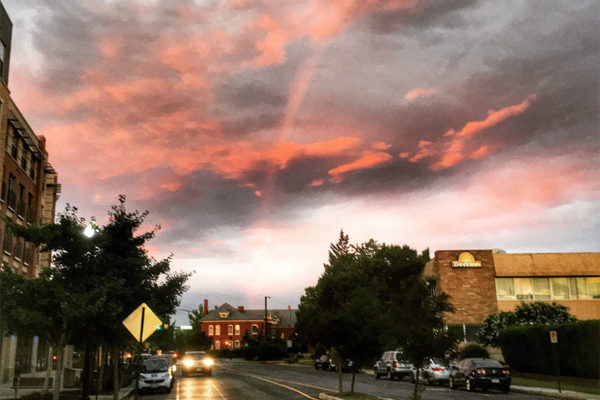 Earlier Metro Closing Time? — Metro is considering closing at 10 p.m. on Sundays and midnight each other day of the week. The earlier closing times will help with track maintenance and safety, Metro says. But Arlington County Board member and Metro board member Christian Dorsey says there needs to be more public discussion of the change, saying that “We are a region that requires transit service as late as possible to keep up with commerce, to make sure that it’s not just a commuter system.” [Reston Now, WTOP]

Home Prices Up Five Percent — The median home sale price in Arlington is now $625,000, up 5 percent compared to one year ago, according to the real estate firm Long and Foster. [Patch]

Big Fire in D.C. — The smoke from a fire in D.C. yesterday afternoon was visible to much of Arlington. The fire damaged a small apartment building near Logan Circle and injured a dog. [Borderstan]

Arlington Firm Investigates DNC Hack — Arlington-based cybersecurity firm ThreatConnect says it has traced the hacker who claimed responsibility for stealing emails from the Democratic National Committee back to Russia. The firm says the hacker “is more likely a collection of people from the propaganda arm of the Russian government.” [Daily Beast]

Local DJ Profiled — DJ Neekola, one of the D.C. area’s most sought-after club and event DJs, is a Pentagon City resident who used to do IT work for the government. [Arlington Magazine]