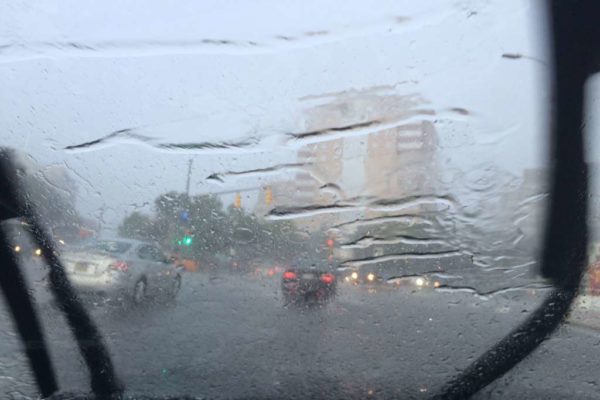 September Heat Wave — Temperatures are expected to soar into the upper 90s today, and the heat and humidity will stay mid-summer-like through Saturday. [Capital Weather Gang]

New Flight Path Closer to Arlington? — To appease unhappy Northwest D.C. residents, the FAA is considering a new northern departure flight path for Reagan National Airport that’s closer to Arlington. A community meeting will be held to discuss the plan on Tuesday, Sept. 13 from 6:30-9:30 p.m., at Washington-Lee High School in Arlington. [WUSA 9]

Outdoor Movies on the Pike — Four films are left on the Columbia Pike Revitalization Organization outdoor movie calendar. Tonight, the critically-acclaimed film Brooklyn will be screened outside the Arlington Mill Community Center. [CPRO]

Clement Against Lubber Run Plan — County Board candidate Audrey Clement says it’s “inappropriate and unnecessary, given the county’s current 20% office vacancy rate,” for Arlington County to be planning to spend $46 million on a new four-story Lubber Run Community Center that will include new offices for the Dept. of Parks and Recreation. [Audrey Clement]

Beware the Cute Puppy Scam — Scammers are active on some local Facebook groups, trying to convince people to part with their cash and personal information to adopt a (fake) cute puppy from a (fake) man who can no longer afford to take care of it. [Fox 5]