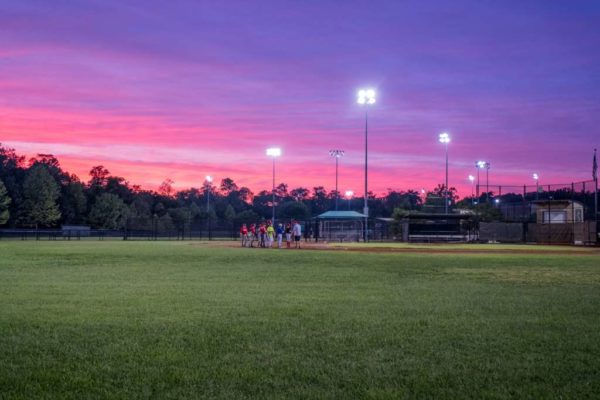 Board Funds Westover Apartment Purchase — The Arlington County Board on Saturday approved a $10.9 million loan that will allow the Arlington Partnership for Affordable Housing to purchase 68 affordable but aging apartment units in the Westover neighborhood. Separately, an effort to designate Westover as a protected historic district, with the goal of preserving other affordable apartments, is continuing. Arlington’s Historic Affairs and Landmark Review Board will hold a key meeting on the topic in November. [Arlington County, InsideNova]

Outreach Planned for Bluemont Baseball Project — Following a raft of complaints and letters from nearby residents, county officials will be holding a community meeting Oct. 5 to discuss an approved contract to renovate one of the baseball fields at Bluemont Park. County Board members on Saturday chastised county staff for inadequate neighborhood outreach on the project prior to its July approval by the Board. [InsideNova]

Aurora Hills Community Center Upgrades OKed — As expected, the County Board has approved a $555,800 contract to upgrade the interior of the Aurora Hills Senior Center and Library. Separately, the Board also approved a $2.7 million utility undergrounding project for the intersection of Lee Highway and N. Glebe Road, which is slated for future streetscape improvements. [Arlington County]

Rodney Hunt Fighting Mansion Eviction — Once a wealthy information technology executive, Rodney Hunt was recently released from a jail sentence on drug charges and is now fighting the foreclosure auction sale of his $24 million mansion on Chain Bridge Road in Arlington. Over the past few months the sprawling home has been used to host “mansion parties,” one of which resulted in a drive-by shooting in McLean. [Washington Post]

Local CVS Accused of Selling Expired Shakes — A CVS store on Columbia Pike is being accused of selling nutritional shakes that expired a year ago and made an elderly woman sick last month. In response to a TV station’s outreach, CVS promised to work with the store to make sure that it’s removing expired products from shelves. [WJLA]