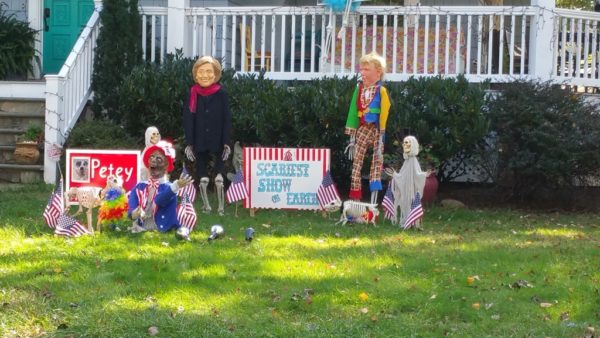 Earthquake Drill Today — Virginia and a handful of other states will be participating in the Great SouthEast ShakeOut earthquake drill today at 10:20 a.m. [ShakeOut.org]

Sobering News on Office Vacancies — County officials are warning that Arlington’s office vacancy rate will remain relatively high for the foreseeable future. Optimistically, economic development officials believe that by “slowly and steadily” winning lease renewals and new tenants, the vacancy rate could decline to just past 15 percent, from the current 20 percent, within a few years. [InsideNova]

Arlington No. 8 on Marathon Training Rankings — Arlington County has ranked No. 8 on a list of the best places to train for a marathon. The county earned high marks for its parks, its walkability and its climate. [Competitor]

Most Popular College Applications — The three top schools in terms of the number of applications from the high school class of 2016 in Arlington were: 1. Virginia Commonwealth University, 2. University of Virginia and 3. Virginia Tech. [Arlington Magazine]

Arlington’s Commuter Efforts Lauded — “Arlington County Commuter Services (ACCS) is being recognized for weaving mobility into broader efforts to improve local quality of life and economic competitiveness. ACCS was named by the Association for Commuter Transportation as having the best transportation demand management (TDM) program among all large municipalities in the United States.” [Arlington County]