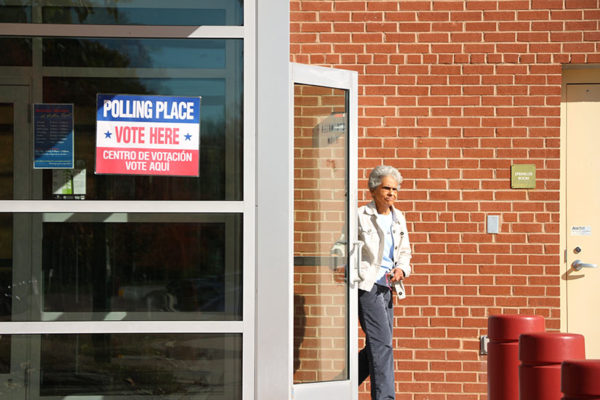 It’s Election Day and, as of 6 a.m., the polls are open in Arlington and throughout Virginia.

Polling places will remain open through 7 p.m. tonight. There are 52 electoral precincts in Arlington County, including three that have changed voting locations since the last election:

Some voters may have received incorrect information about their voting location last month, before a correction was mailed out.

If you’re heading out to vote, remember that voters in Virginia must present photo ID in order to be eligible to cast a ballot. Those who forget to bring their IDs may cast a provisional ballot that will only be counted if you can provide a copy of your ID to elections officials before noon on Friday.

The following will be on the ballot in Arlington:

ARLnow.com will have a mid-day update of voter turnout in Arlington, followed by live election results coverage later tonight.