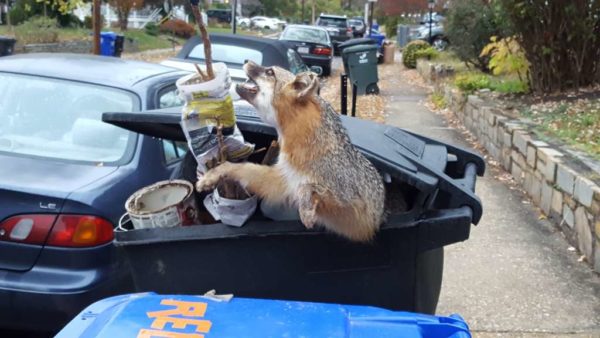 ACFD Battles Fire in Fairlington — Firefighters from Arlington, Alexandria and Fairfax together helped to battle a kitchen fire in a Fairlington condominium this morning, preventing it from spreading further. S. Abingdon Street near Abingdon Elementary was blocked for part of the morning as a result of the emergency response. [Twitter, Twitter]

ACPD Cracks Down on Fake IDs — An Arlington County Police Department campaign to crack down on fake IDs, in partnership with Clarendon bars, has netted more than 450 fakes since May. At one point this summer, according to a manager, Don Tito collected about 20 fake IDs per week. [WJLA]

Metro Pulls 4000 Series Cars — Metro has removed all 4000-series railcars from service to due safety concerns. Rep. Don Beyer (D-Va.) said he asked the agency to prioritize 8-car train service on the Blue Line while the railcars are out of service. Metro’s general manager “assured me there’d be very little impact to BL riders,” Beyer tweeted. [WMATA, Twitter]

Sietsema Lauds Ambar — Ambar’s new Clarendon outpost not only lured the Washington Post’s Tom Sietsema west of the Potomac River, but it received 2.5 out of 3 stars from the restaurant critic. Sietsema’s main gripe: too much noise. “Surely the same folks who dispense so much good will and satisfying food can solve a problem like disquiet,” Sietsema wrote. [Washington Post]

Big Wins for Arlington at NAIOP Awards — Arlington County fared well at the 2016 NAIOP Northern Virginia commercial real estate awards on Wednesday. Among the local projects being recognized were the Bartlett in Pentagon City, WeWork/WeLive in Crystal City, Arlington’s Dept. of Human Services building along Washington Blvd and Opower in Courthouse. [NAIOP]