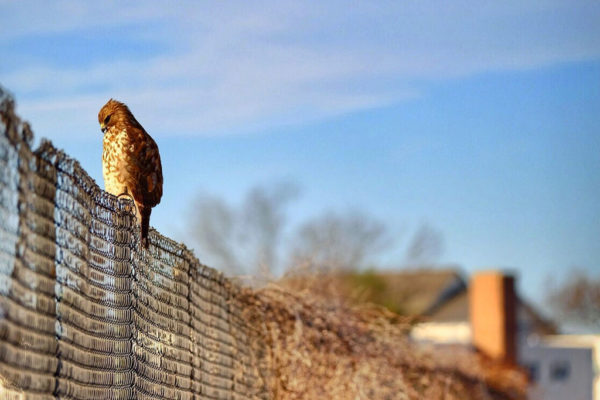 Home Prices Decline in Arlington in 2016 — Per WTOP’s Jeff Clabaugh and listing service MRIS: “The median price in Arlington County last year was down 1.8 percent from 2015. Arlington and Alexandria were the only local jurisdictions to see declines in 2016 prices versus 2015.” [WTOP]

H-B Photography in Richmond — Work by H-B Woodlawn photography students is on display in the Richmond offices of Del. Patrick Hope. Hope plans to highlight one piece a day during the legislative session. [Twitter]

Multi-Generational Housing Construction — A 1950s ranch home near Bishop O’Connell High School is being torn down to make way for a new multi-generation house for a couple, their daughter and husband, and their grandchildren. [Falls Church News-Press]

When You Don’t Want Someone to Take Your Parking Cone — South Arlington is “so rough you have to lock up your cones,” as a photo apparently taken yesterday demonstrates. [Twitter]