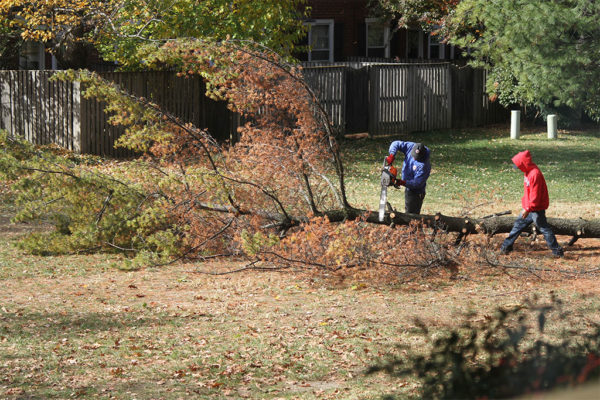 Bad Morning for Metro — There were significant delays on the Blue, Orange, Silver and Red lines this morning, as various train, power and switch problems were reported. [Washington Post]

The Cable Was Out, Too — Not only were more than 3,000 Dominion residents affected by a power outage on Super Bowl Sunday, but Comcast was having problems, too. Scores of Arlington and Alexandria residents lost their cable TV and/or internet service during the big game. Comcast blamed a “generator fire” at the Ballston mall as well as a “burned fiber.” [NBC Washington]

Why VDOT Was Pre-Treating Roads Last Week — You might have noticed the long trails of brine on VDOT maintained roads and highways last week and wondered why they were pre-treating roads with no snow or ice in the forecast. The agency says their crews started treating roads earlier in the week while some forecasts suggested a possible winter storm on Sunday. [Capital Weather Gang]