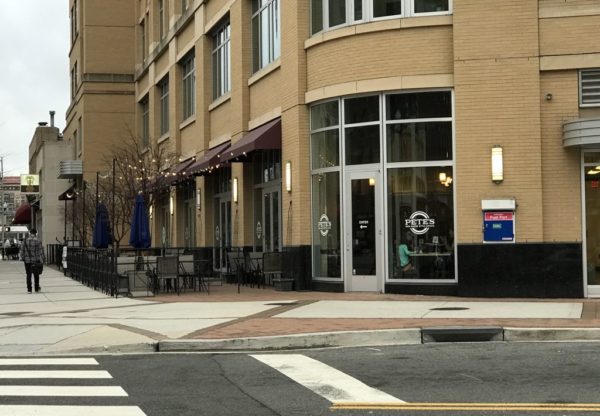 Pete’s New Haven Apizza is preparing to downsize its space in Clarendon, and Dunkin’ Donuts is considering filling it.

Multiple sources tell ARLnow.com that Dunkin’ reps have taken a close look at the space at the corner of Clarendon Blvd and N. Garfield Street. A leasing chart for the building, however, still lists the space as unfilled.

There are existing Dunkin’ Donuts locations in Ballston and Courthouse but not in Clarendon.

Permits have been issued to alter the existing Pete’s dining room and kitchen, reducing the overall size of the restaurant. Co-owner Joel Mehr says the pizzeria remain open during the process.

“We plan to stay open during construction,” he said. “We may have to close for a lunch here and there.”