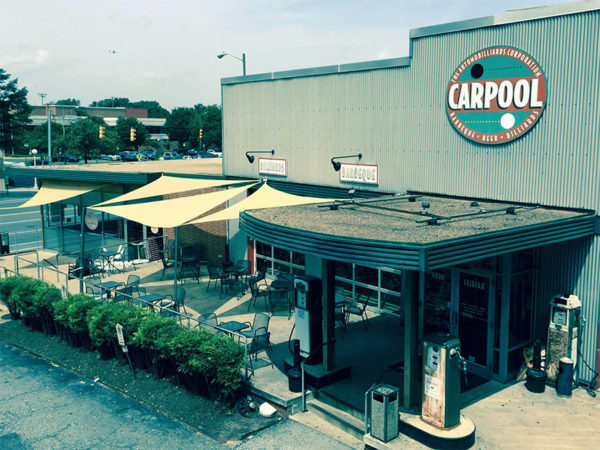 (Updated at 1:35 p.m.) After staying open for months on borrowed time, Ballston bar CarPool is preparing to close for good.

The announcement, below, comes seven-and-a-half months after the first reports that CarPool was about to close after it was sold to make way for a large redevelopment. That development was approved in 2015 but subsequently delayed.

More on the “closing night” plans from CarPool’s management:

Please join us on Monday, April 3rd, for Closing Night. It should be a grand day as we simultaneously celebrate Baseball’s Opening Day (and the start of the Nationals pursuit of a World Series crown), the culmination of another wonderful and wacky March Madness (and the crowning of this year’s NCAA Men’s Basketball Champion: UCLA?!?!), and one final Last Call for CarPool. Please stop in and say “goodbye” one last time before the taps run dry.

Handwerger says the owners of CarPool expect to open a new location in the Fair Lakes area of Fairfax County as early as July or August.