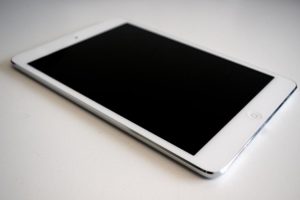 A new petition is calling for Arlington Public Schools to discontinue its program of giving each elementary school student an iPad for educational use, but some parents are critical of the iPad critics.

The Change.org petition has just over 150 signatures as of Wednesday morning.

“Parents, teachers, pediatricians, librarians, art therapists, poets, doctors and taxpayers of Arlington County are asking that APS discontinue immediately the current 1:1 iPad program within APS elementary schools for grades K-5,” the petition says. “The 1:1/Digital Learning/Personalized programs, which put a personal iPads in the hand of elementary school children, over the past three years has not only cost millions for devices, staffing and infrastructure, but it has put children into a social experiment that is likely to harm their physical and social-emotional well-being.”

The petition calls for giving parents the ability to opt-out of iPads for their children and wants APS to send parents “a waiver to explicitly list the potential risks of iPad usage not limited to attention issues, screen addiction, blue light effects on eyesight, Wi-Fi radiation, and effects on reading acquisition.”

But some parents are pushing back against the petition, supporting the use of iPads and questioning the scientific basis of the “risks” listed in the petition. In one local neighborhood Facebook group, it has sparked a debate dozens of comments long, with most in favor of keeping the iPad program as-is.

“You [have] got to be kidding me! What are you using to post this?” a parent said in response to a post critical of student iPad use. “How do you expect your kids to be exposed to digital world and be prepared how to handle it when they are out of your wings. While I’m against screen time for my kids 24/7 some exposure is pretty useful if we want to keep up with the rest of the world.”

One parent called the iPads “extremely beneficial” to her child, while another said her kids — one labeled as gifted and the other as having learning disabilities — have both “been engaged in learning in exciting ways.”

Those in support of the iPad program are being asked to counter the voices against the program by providing positive feedback on the APS website.