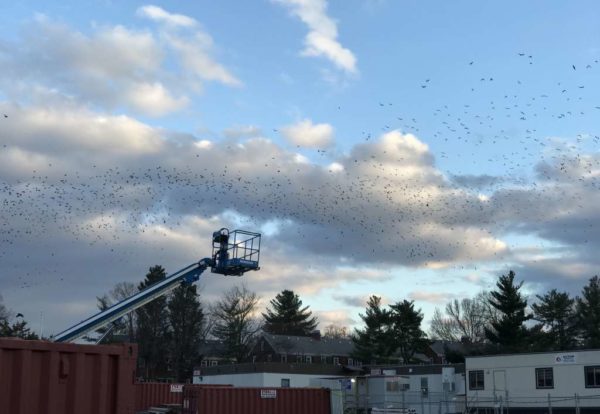 CarPool Now Closed — A line out the door marked CarPool’s last day in business on Monday. The Ballston bar hosted a large crowd of patrons there to watch the Nationals opening day and the NCAA men’s basketball championship, and to say goodbye to the long-time watering hole. [Twitter]

Developments in School Board Race — Former congressional candidate Mike Webb has gathered the petition signatures necessary to get on this year’s Arlington School Board ballot, although he still has a couple of paperwork hurdles before he officially qualifies. Meanwhile, incumbent James Lander has received the endorsement of the Arlington Education Association as he faces two challengers in the Democratic endorsement caucus. [InsideNova, InsideNova]

Arlington’s Trees By The Numbers — “The County is proud home to some 755,400 trees of at least 122 species. If you had to put a price on all that priceless foliage, it’d be worth more than $1.4 billion.” [Arlington County]

Tour of the Trades Center — The latest “Around Arlington” video from the county gives viewers a tour of the Arlington Trandes Center near Shirlington, where school buses are housed, police cars get repaired and salt trucks get refilled. [YouTube]

Police Chief: See Something, Say Something — Although the vast majority of calls about suspicious people or circumstances turn out to be nothing, Arlington’s police chief is still encouraging residents to call the police non-emergency line at 703-558-2222 if they see something out of the ordinary. Said Chief Jay Farr: “Do not hesitate to call us about something suspicious. Some say, ‘I didn’t want to bother you,’ but I say, `Bother us.'” [Falls Church News-Press]