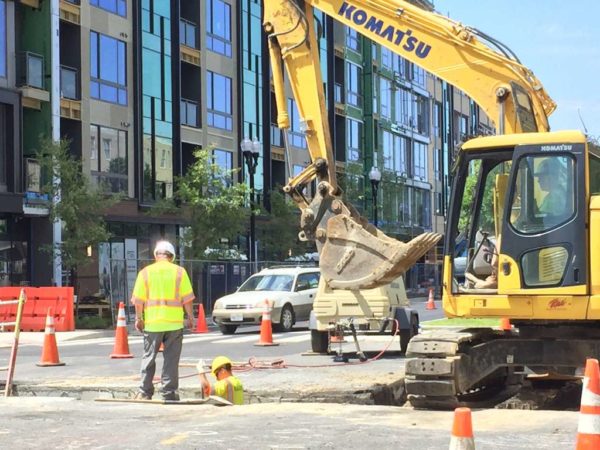 Field Lighting Recommendation Pushed to September — A long-delayed decision on whether to add lights to the athletic fields next to Williamsburg Middle School is getting delayed again: county staff says it will not have a recommendation for the County Board until September. A community work group that spent three years tackling the subject was unable to come to a consensus in its 89-page report. [InsideNova]

VDOT-Maintained Neighborhood Streets Crumbling — VDOT is trying to catch up on its paving of secondary (neighborhood) streets, but in places like Fairfax County many such roads are crumbling. Arlington County paves its own local roads rather than relying on VDOT, though the agency is still responsible for maintaining highways and some primary routes in the county. [WTOP]

School Board to Give Land to County — Despite the current school capacity crunch, the Arlington School Board is expected to deed 4.75 acres of land next to Taylor Elementary School to the county government, which will use it to expand Zachary Taylor Park. The land has been deemed too steep and unsuitable for building new facilities. [InsideNova]