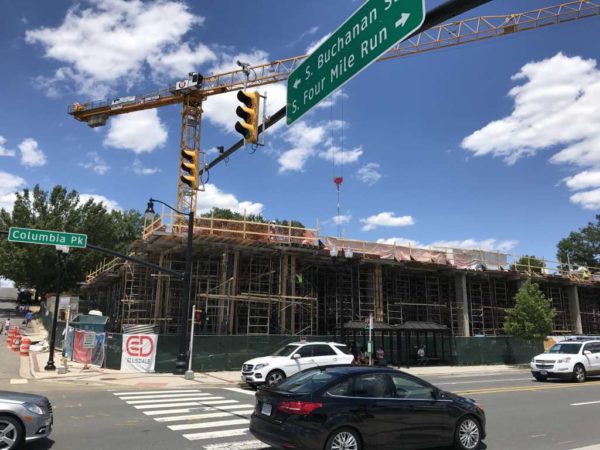 APS Tells Staff to Stop Paying Sales Tax — As a public institution Arlington Public Schools is exempt from paying sales tax, but the school system’s internal auditor has found that some staff members have been placing orders for APS via Amazon without sales tax exempted. APS has since requested sales tax refunds for those orders. [InsideNova]

Arlington Resident Cited for Boating Incident — An Arlington man has been cited for operating a vessel while impaired after his 28-foot boat ran aground off the eastern shore of Maryland, south of Ocean City. [WMDT]

Notable Rivercrest Property Sold — A home and an adjacent vacant lot have been sold near the intersection of Military Road and N. Glebe Road in the Rivercrest neighborhood. The lot was the site of a “national debate over property rights and conformity,” when in 1969 an architect started to build a custom home on the lot but was ultimately stopped after a legal challenge by neighbors, who thought the home was ugly and would not “retain the very pleasant, beautiful nature of Rivercrest.” [Falls Church News-Press]

Flipper: Selling Home to the County Was a Pain — A real estate investor has penned a piece for the Post in which he recounts the sale of one of his properties to Arlington County. The sale, of a house near Fire Station 8, was “neither lucrative nor convenient” and was more trouble than it was worth, he writes. However, the owner of a run-down property next to his received a much better price by holding out, the piece suggests. [Washington Post]

Mouthwash on Clarendon Bus Stop — Updating the saga of the stick of deodorant atop a Clarendon bus stop, the deodorant has now been joined by an errant bottle of Listerine mouthwash. [ARLnow]