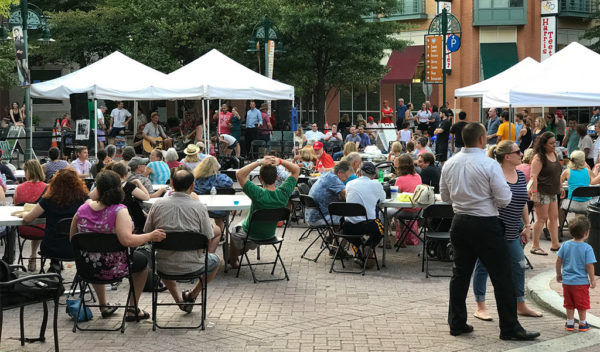 Advanced Towing Lobbied Hard for Bill — Advanced Towing spent $10,000 on lobbyists and made a $1,500 donation to state Sen. Barbara Favola while successfully pushing for a state bill to override Arlington’s second-signature towing requirement. Supporters of the bill say it passed and McAuliffe ultimately signed it because it had the support of the business community. Advanced is one of the largest towing companies in Northern Virginia and has drawn the ire of many local residents for its ruthless efficiency at trespass towing from private lots. [NBC Washington]

Russian Military Jet Flies Over Arlington — Yesterday an unarmed Russian military jet flew over the Pentagon, CIA headquarters, and the U.S. Capitol “as part of a longstanding treaty that allows the militaries of the United States and Russia to observe the other from the air.” [CNN, Axios]

Arlington Still Hiring Teachers — Arlington Public Schools is still hiring teachers for the upcoming school year. “A total of 280 full- and part-time contract positions were unfilled as of Aug. 1… as the school system continues to process applicants,” the Sun Gazette reported. [InsideNova]

Uber, Lyft Make Mark on Local Restaurant Biz — Although readers were skeptical in a poll late last year, the Washington City Paper reports that Uber and Lyft are having a significant impact on the local restaurant industry, drawing customers from a wider area geographically than would have visited before the ride hailing services existed. It’s also bringing more customers to hot non-Metro-accessible restaurants. And it’s not just hipster-y D.C. restaurants drawing customers from around the region: Lyft said Clarendon’s Don Tito was its most visited bar in the D.C. area in 2016. [Washington City Paper]