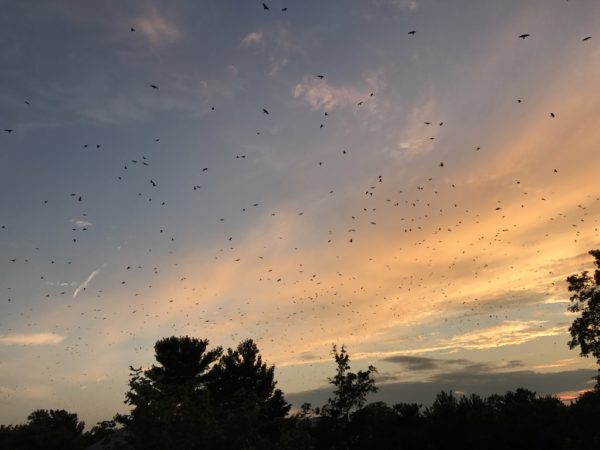 Commonwealth Joe Gets $2.5 Million — Local nitro cold brew coffee purveyor and Pentagon City cafe operator Commonwealth Joe has landed a $2.5 million round of funding. The Arlington-based firm says it plans to use the investment to expand its cold brew business, which includes distributing kegs of the sweet, smooth chilled coffee to offices. [Washington Business Journal]

Local Holocaust Survivor Reunited — An Arlington man was reunited with a Dutch couple that hid him and his sister, who are both Jewish, from the Nazis in 1945. The reunion took place at the U.S. Holocaust Museum and happened thanks to a high school project undertaken by the couple’s grandson. [NBC Washington]

Raise for Arlington County Board Members? — There is renewed discussion of a significant raise for Arlington County Board members, in recognition that their job, rather than being part time as originally envisioned, now involves full-time hours. There are even “whispers” that Board salaries could be nearly doubled, to reach six-figures, according to one report. [InsideNova, InsideNova]

Tax Delinquency Rate Hits Historic Low — Arlington County’s 2017 tax delinquency rate has hit a record low of 0.226 percent, County Treasurer Carla de la Pava announced. That’s the lowest rate in Virginia and the lowest rate ever in Arlington, she said, touting it as “good for the county” and “good for taxpayers.” The news led Del. Patrick Hope to declare de la Pava the “best treasurer in the Commonwealth.” [Twitter, Twitter]

Remembering the Ballston Mall’s Past — First known as Parkington, then Ballston Common Mall, and soon (next year) to be reopened as Ballston Quarter, following extensive renovations, Ballston’s shopping mall has a long history that dates back to the early 1950s. [WETA]

Nearby: Legislation on Confederate Monument — State Sen. Adam Ebbin says he will introduce legislation “to give Alexandria the authority to relocate the Confederate statue in Old Town” Alexandria. “It is past time that we address the impact that lionizing the Confederacy has had on the character of our Commonwealth,” Ebbin said. [Twitter, Twitter]

END_OF_DOCUMENT_TOKEN_TO_BE_REPLACED

More Stories
TRAFFIC ALERT: Military Road Closed Due to Downed TreeLetter to the Editor: Time to Remove the ‘Lee’ from Washington-Lee High School