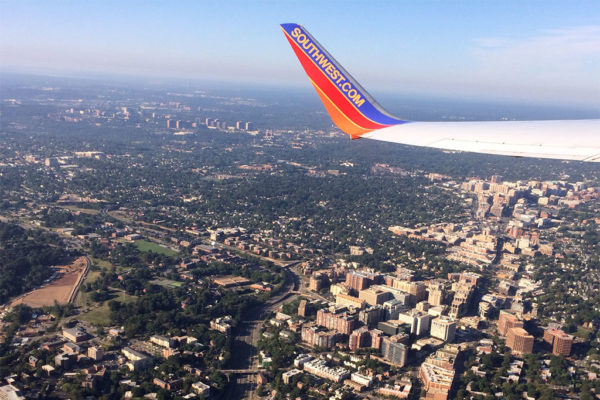 Lost Dog Reunited With Owner — A dog that disappeared under mysterious circumstances is back at home this morning, her owner says, after the man who picked her up as she was wandering around North Arlington saw a sign with the dog’s photo and dialed the phone number on it. [Facebook]

County Lauded for Digital Prowess — Arlington has been named one of the “top 5 counties for digital government” by StateTech magazine. The county was lauded for “embracing open data and transparency” in decision making and citizen outreach. [StateTech]

Sewer Work At Westover Park — There will be some impacts along the Custis Trail starting today as a multi-day emergency sewer repair project gets underway at Westover Park. [Twitter, Twitter]

Death at Belvedere Condos — A man reportedly jumped to his death at the Belvedere Condominiums near Rosslyn on Friday. The complex’s pool and pool deck were closed Friday as police investigated the incident.

Priest Who Admitted KKK Past Still Venerated Confederacy — A priest in the Catholic Diocese of Arlington might not have been totally forthcoming when he admitted and renounced his KKK activity as a young man. Even after becoming a priest, in the early 2000s, Rev. William Aitcheson “was a ‘fervent advocate of the Confederacy’ who would joke about ‘Saint Robert E. Lee’ in homilies at the church,” one former student of his recalled. [Washington Post, Washington Post]

Nearby: Two Men Jump From Aqueduct Bridge — One man is dead and another in grave condition after both jumped from the Aqueduct Bridge in Georgetown, near the Key Bridge, into the Potomac River. A friend of the men said they were hanging out on the bridge when one decided to jump, then the other jumped in to save him. Boats and and a helicopter were used as part of the subsequent rescue operation. [NBC Washington]